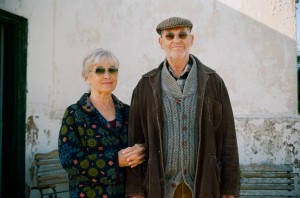 Feature HEMMA will be released on DVD & VOD in Sweden November 19th - make sure to get a copy of this touching and feel-good Rromantic drama.

Tridens Baltic competition is a programme covering debut films from the entire Baltic and Nordic region. This year there are 12 films from 11 countries competing.

About the Festival
Tallinn Black Nights Film Festival is a unique event combining a feature film festival with the sub-festivals of animated films, student films and children/youth films. The festival aims to present Estonian audiences a comprehensive selection of world cinema in all its diversity, providing a friendly atmosphere for interaction between the audience and filmmakers from all around the world.